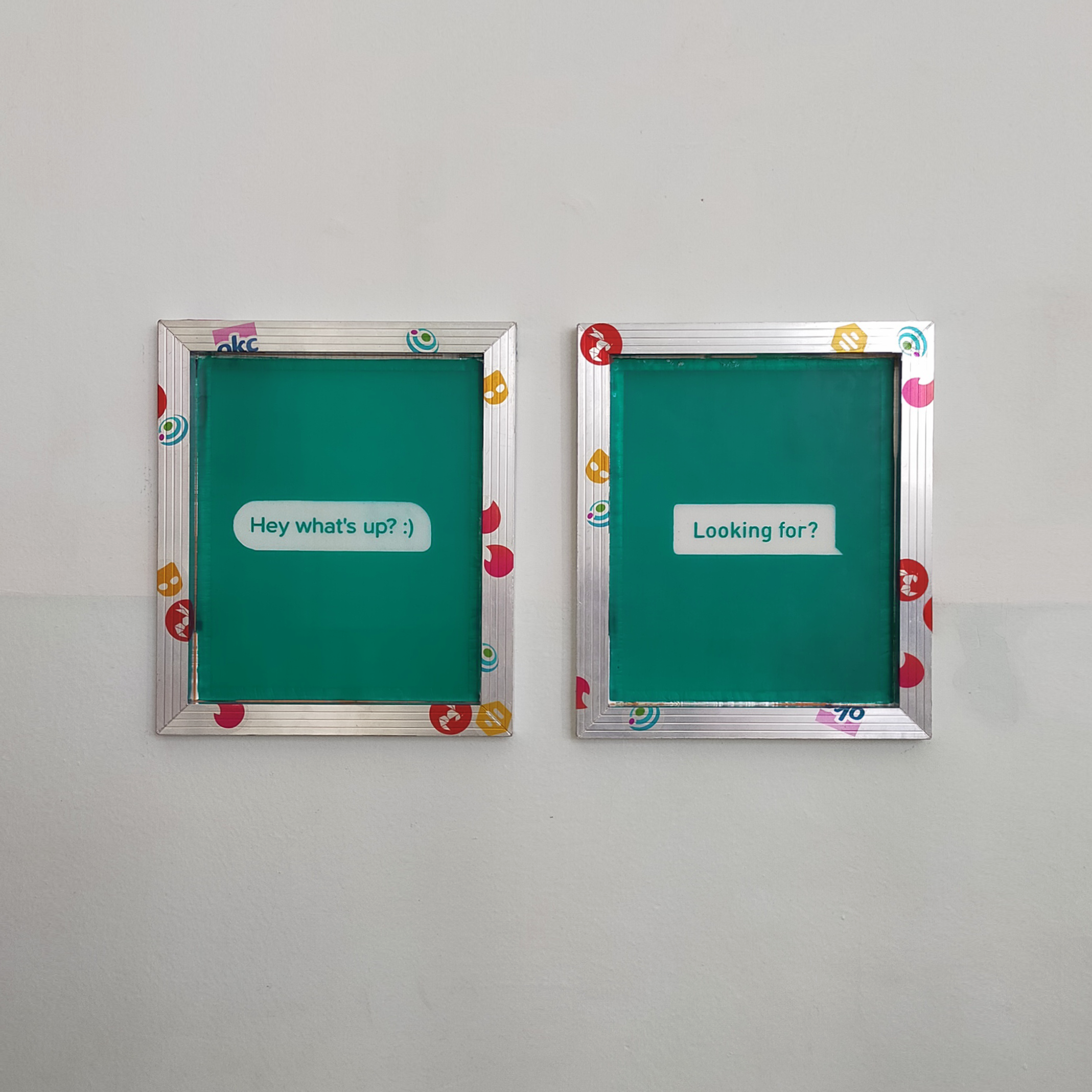 The work {amour courtois [XX(I+U)p(DATE)]} attempts to identify online dating platforms such as Tinder, Grindr, OKcupid and Bumble as digitized versions of medieval pleasure gardens. These enclosed spaces of love, intimacy and bonheur were developed in the ducal and princely courts of France and Sicily during the high Middle Ages and provided a secluded setting for a new »game of love« aka amor courtois — a flirtatious game where lovers could experience a love at once illicit and morally elevating, passionate and disciplined, humiliating and exalting, human and transcendent.

As the Swedish sociologist and researcher Marie Bergström argues, dating apps have fundamentally changed the nature of dating, transforming it into a compartmentalized activity that is deliberately carried out from prying eyes in an entirely disconnected, separate social sphere. As an integral part of a wider movement towards social insularity, the privatization of dating has enabled seemingly new forms of flirting that in their noncommittal and private nature are reminiscent of medieval courtly love. However, instead of sublime lyrics we’d often rather opt for an ordinary »Hey, what’s up ;)« or »looking for?« being automatically//mechanically typed after almost every match.