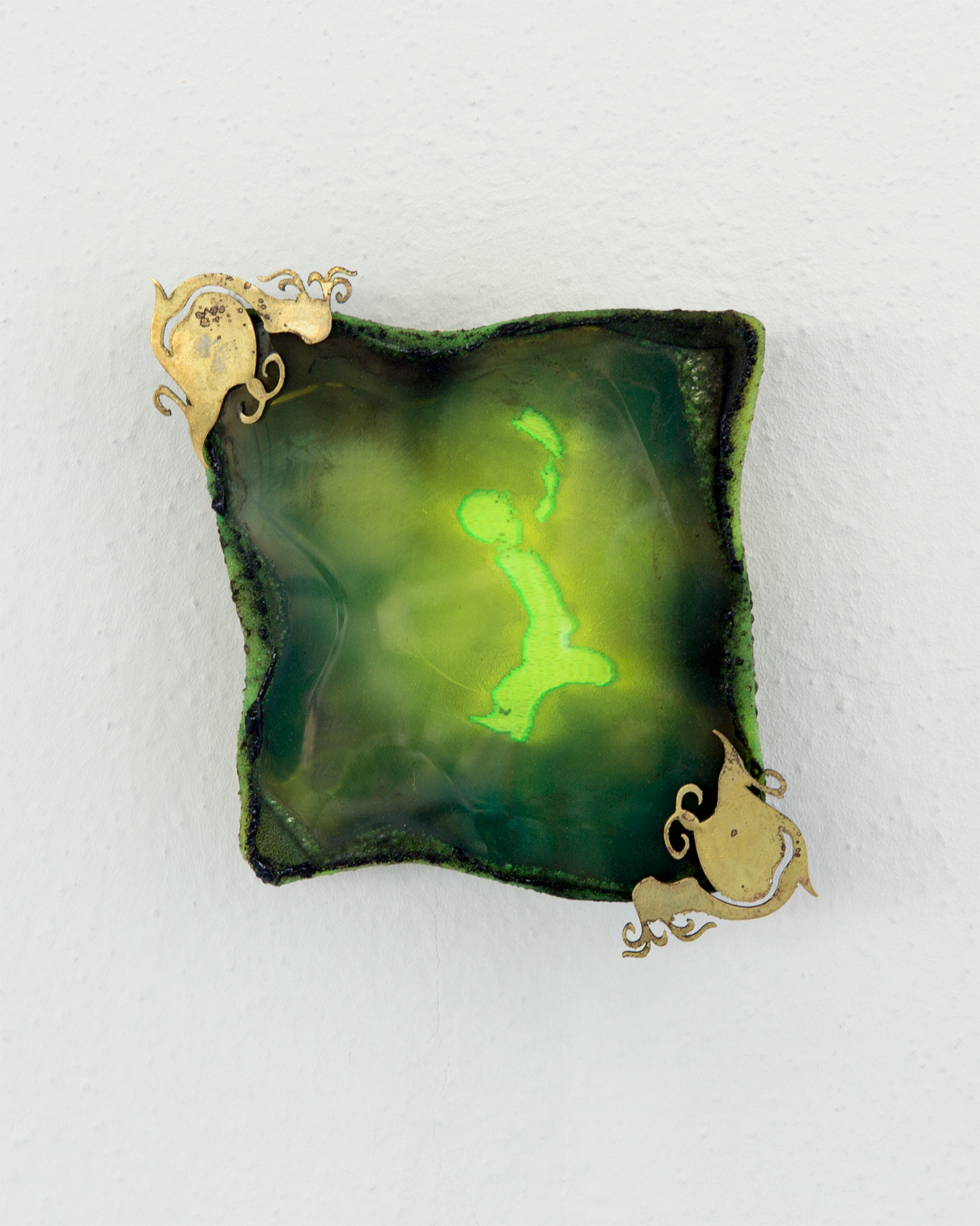 Traditionally “Tierra del Fuego” received its name from the flickering lights of campfires seen by Ferdinand Magellan on his journey through the now-called Strait of Magellan. A variant tale is that Magellan called it Tierra del Humo, “Land of Smoke,“ and that Charles V changed the name to Tierra del Fuego, jocosely remarking that where there was smoke there must be fire. Due to the incomplete understanding of world geography at the time, Tierra del Fuego was believed to be the northmost part of Terra Australis, a hypothetical continent first posited in antiquity and which appeared on maps between the 15th and 18th centuries. An AI-generated image, based on the promt „The titan Atlas being lost in the green screen“ is engraved in the acrylic. The brass ornaments reference ornaments found on the book cover of the Theatrum Orbis Terrarum, the first modern Atlas from 1570.
Year: 2022