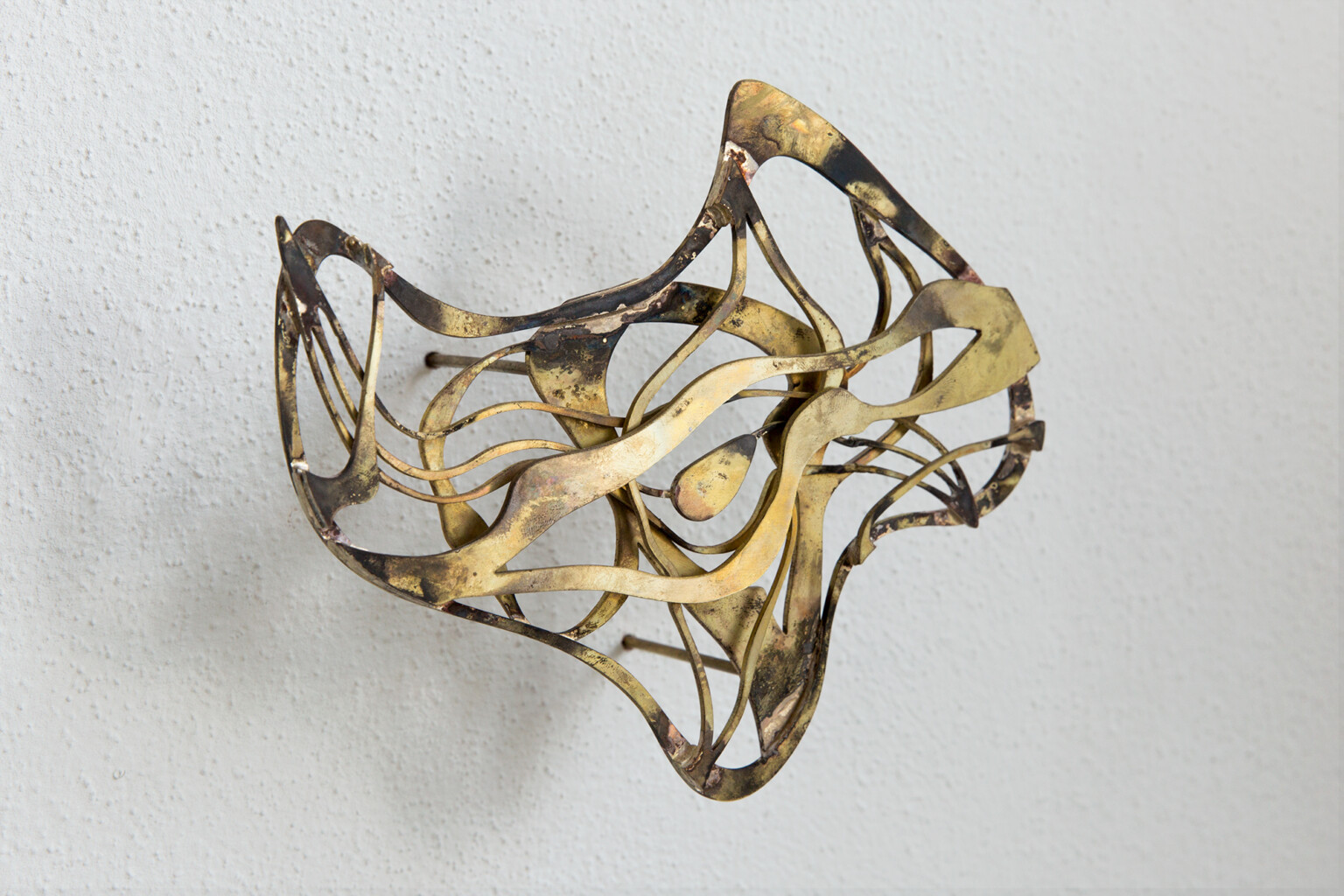 To Bid Farewell to Titans

An armillary sphere is a model of objects in the sky, typically made of brass, consisting of a spherical framework of rings, centered on Earth or the Sun, that represent lines of celestial longitude and latitude and other astronomically important features. It was invented separately first in ancient China during the 4th century BC and ancient Greece during the 3rd century BC, with later uses in the Islamic world and Medieval Europe. Renaissance scientists and public figures often had their portraits painted showing them with one hand on an armillary sphere, which represented the height of wisdom and knowledge. To Bid Farewell to Titans is based on a depiction of such a sphere, as its carried by Atlas –the Ancient Greek Titanic deity who held up the celestial sphere – on the book cover of the Theatrum Orbis Terrarum (eng. “Theatre of the Orb of the World“), the first modern Atlas written by Abraham Ortelius in 1570. In this piece however, Atlas seems absent and the cosmos, once lying on his shoulders appears molten and distorted within a state of fluidity. The title refers to Gerhard Mercator, who was the first that used the word „Atlas” for a collection of maps “to honor the Titan, Atlas, King of Mauritania, a learned philosopher, mathematician, and astronomer.“
Year: 2022