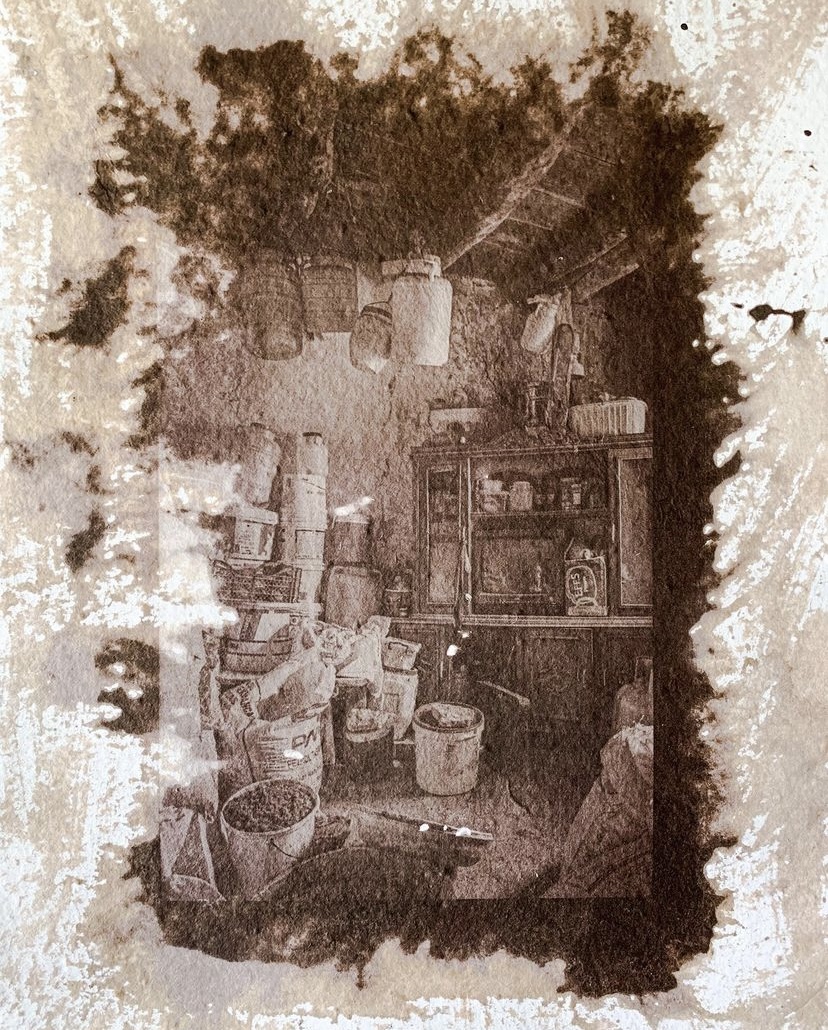 The series “rural shades” documents the symbiosis of nature and man around Eastern Anatolia. The central subject matter is the relationships of the different religious and ethnic minorities, such as Alevis, Kurds and Armenians. The genocide of the Armenian population, also known as Aghet (Աղետ “catastrophe”), not only occupies the minds of many historians worldwide, but in Turkey this event is still relativised and denied by the highest state institutions. The Erzincan region in particular plays a very central role in the persecution and expulsion of Armenians.

The picture “Piriz – Ahır” shows one of the storerooms in my grandparents’ stable. My aunt Cemile’s mother lived in this room for about ten years before it was converted to a storage room.