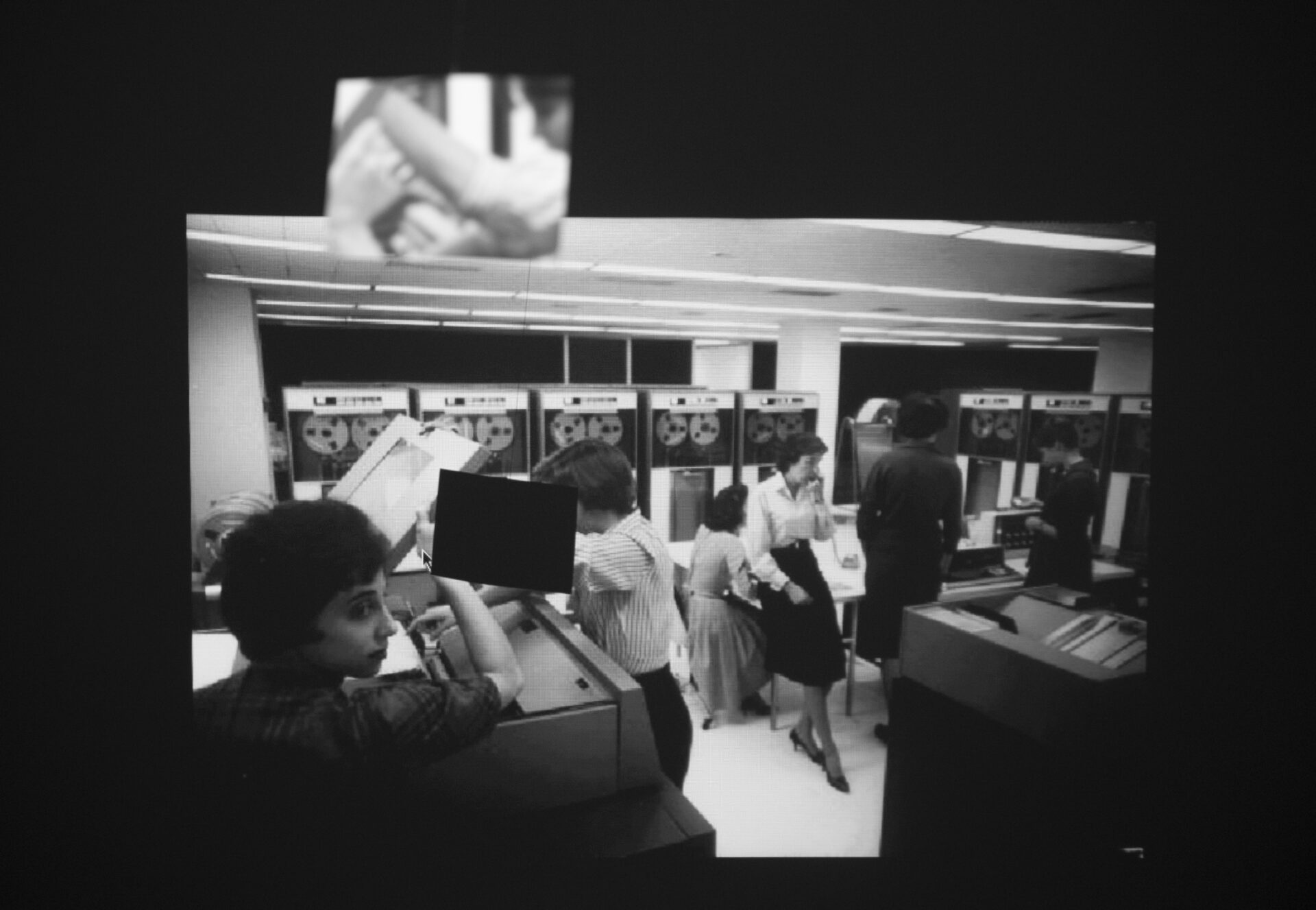 3min, loop
media installation with archival photography, thread and a piece of paper

“The human computer is someone who is supposed to be following fixed rules; he has no authority to deviate from them in any detail”. – Alan Turing

Highlighting the women in information technology, computer science and data storage, performing computing duties. Echo is a command used in shell scripts and batch files to output status text to the screen or a computer file.

The marketplace standard for hiring programmers was based on a gender-neutral test called the IBM Programmer Aptitude Test. Truly a tool of equal opportunity, it was widely used in the industry and led to thousands of women programmers (US). After two psychologists developed a different, less scientific test studying the personality of “satisfied programmers” (only 15% were women), they found these programmers were often short on social skills. The psychologists initiated a personality test called the Programmer Scale, leading to the programmer persona “computer nerd” which became the new industry standard for hiring practices, slowly but surely driving many women out of tech jobs.